An easy and inexpensive nightstand makeover for a thrifted piece of furniture. 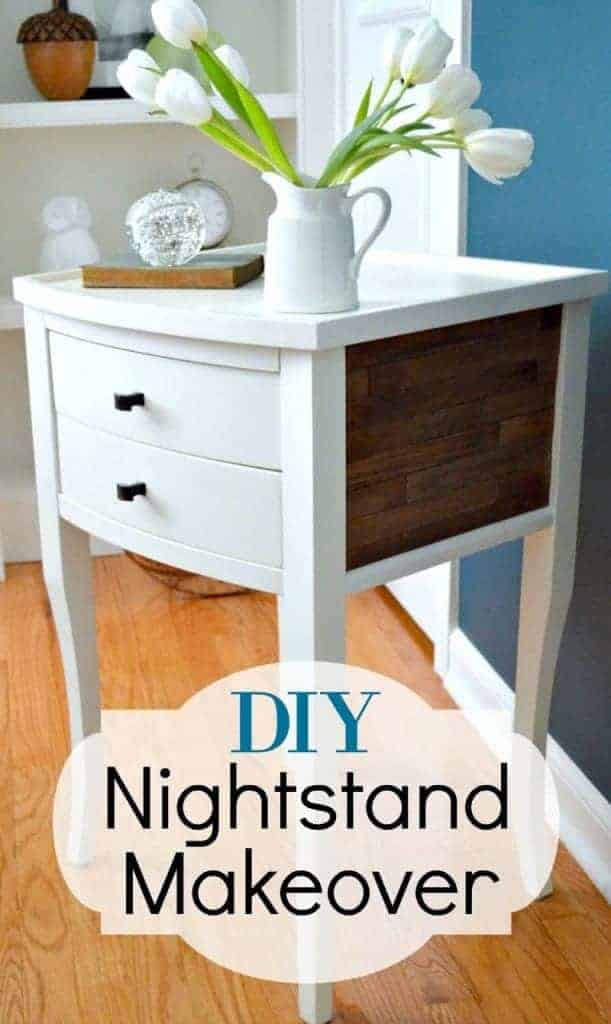 In January I shared the mood board for the guest room makeover, which included a new nightstand from West Elm. After starting the redo and assessing my needs and wants for the room, I decided to stick with what I had and to try to give the old nightstand a new look. 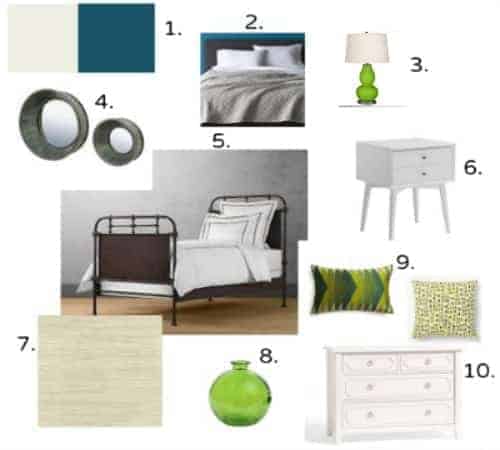 I bought this piece years ago at a thrift store. It was really inexpensive but the problem was that you could tell. Although it’s made of wood there was a big gap on both sides that I wanted to try to disguise with trim. Instead of trim though, I came up with another idea. 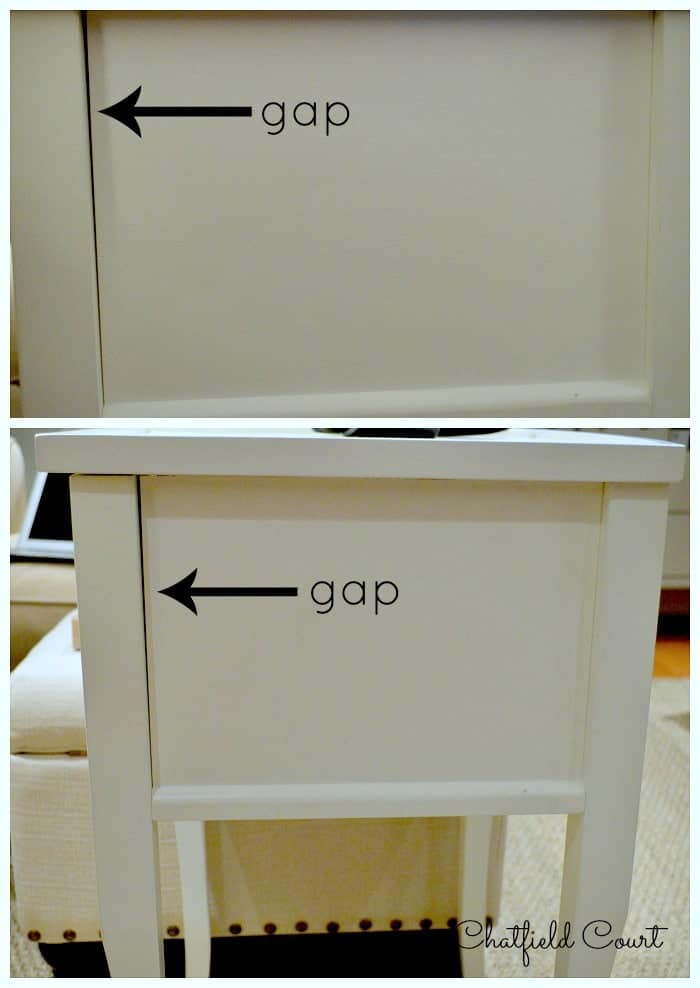 I decided to try to use paint sticks to give it a different look and to cover up the gaps. Because I love the look of planked walls, I thought I would try that idea but on a much smaller scale (and on a piece of furniture). I figured that I had nothing to lose by trying and dove right in. 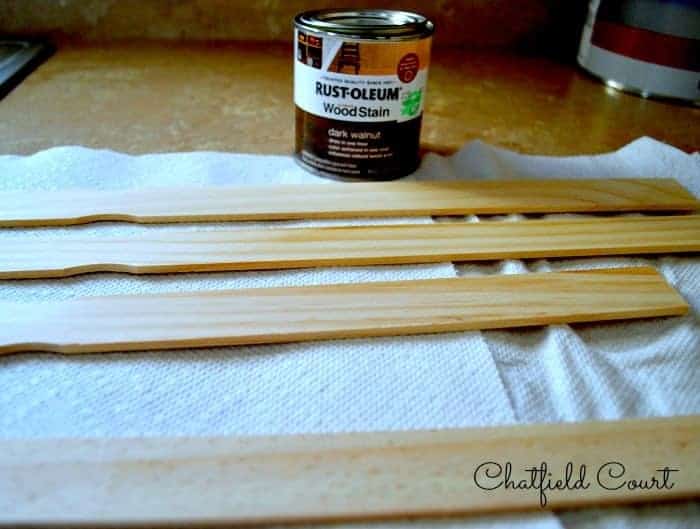 First, I laid a few of the paint sticks on the nightstand so I could see where the seams would lay. Once I had an idea of what I wanted, I used the razor knife to cut the notched handle off, so that I had straight pieces. Next, the rough edges were lightly sanded smooth. Since one stick wasn’t long enough to fill a whole row, I ended up using a small piece of another stick. I also staggered the seams to keep the rustic feel. 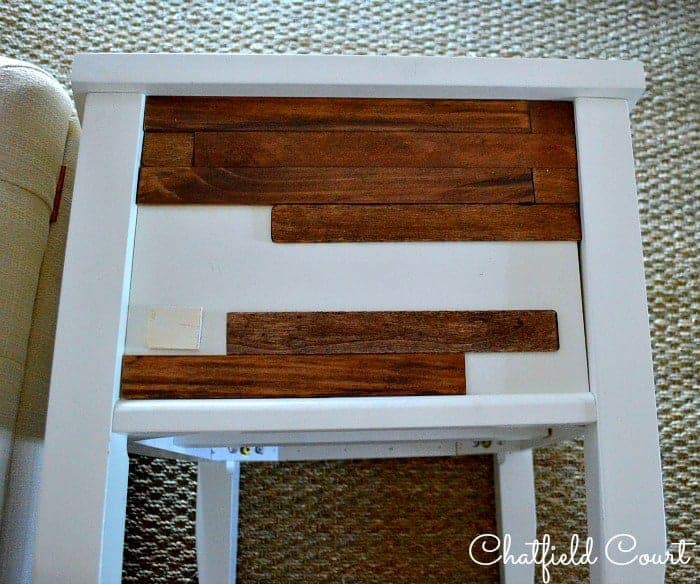 Next, I used a paper towel and dark walnut wood stain on each paint stick.

The paint sticks I got were all made from different wood, so that really added to the rustic look. I wasn’t sure if I would like it but I really loved the differences in the wood tones. 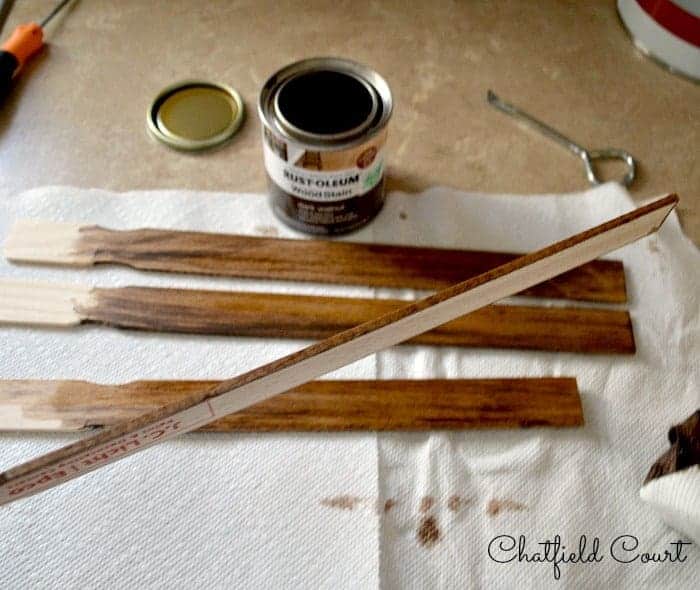 After they were dry, which didn’t take long, I glued each piece to the side of the nightstand. To ensure that my sticks stuck, I ended up using a heavy weight and some canned beans to weigh them down until they dried. Once I finished one side of the nightstand, I flipped it over and glued down the other side. That’s it. This project really was so easy but it did take me take me some time to complete because I had to let the glue dry before I could remove the weights and move on to the next row.

You can really see the difference in the wood tones in this pic. 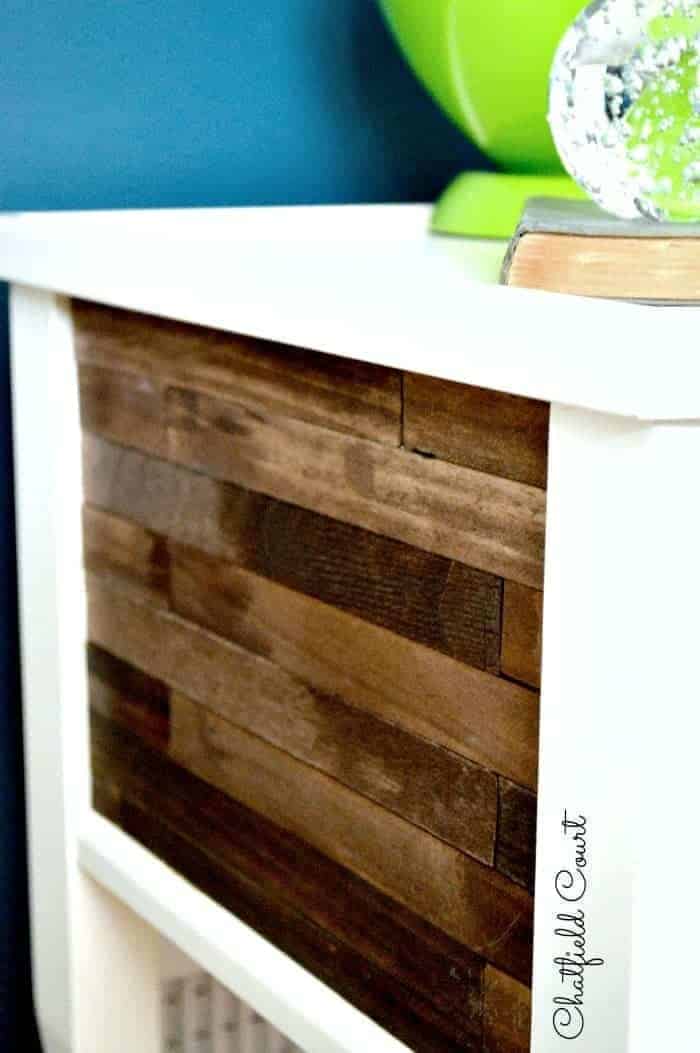 To add to the rustic look, I also replaced the glass knobs with oil-rubbed bronze knobs that I already had.

So what do you think? Is this nightstand makeover something you would try? I like that it was practically free to do. I already had the glue and the stain on hand and the paint sticks were free. There’s nothing better than free!

Now I have a “new” rustic-looking nightstand. 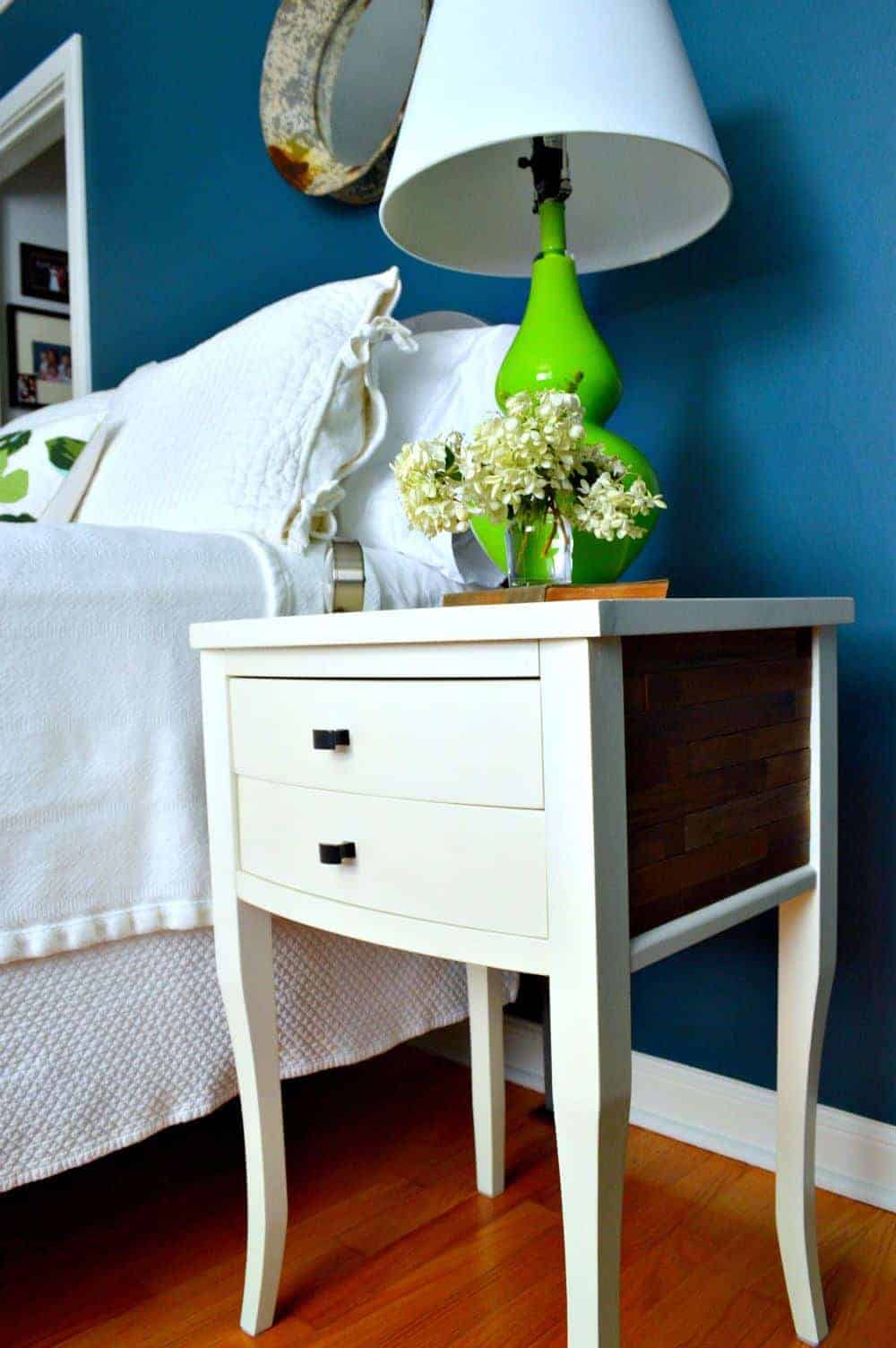 As always, thanks so much for stopping by!

Check out a few of my other upcycle projects I’ve done on furniture. 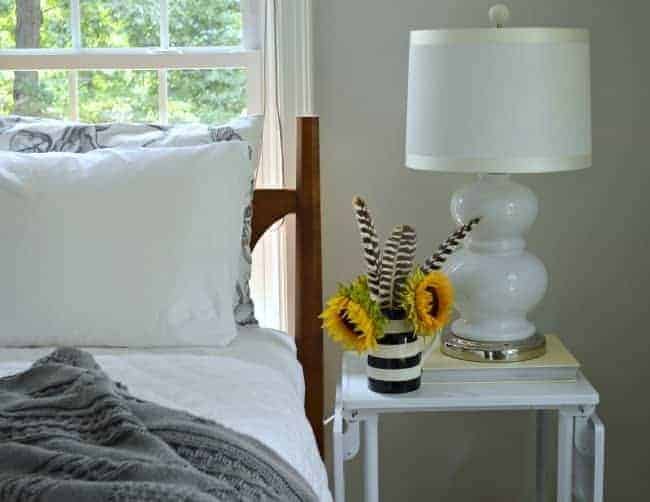 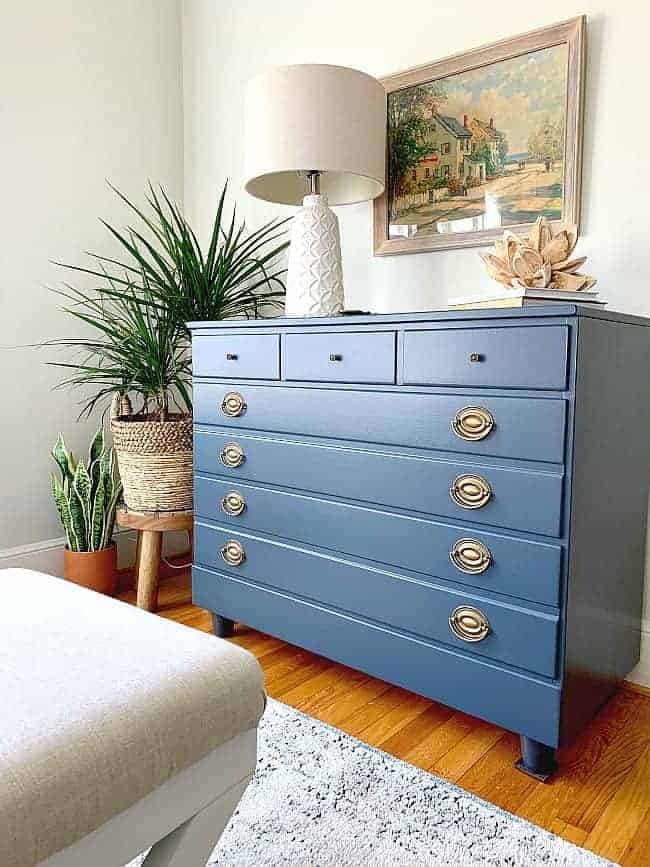