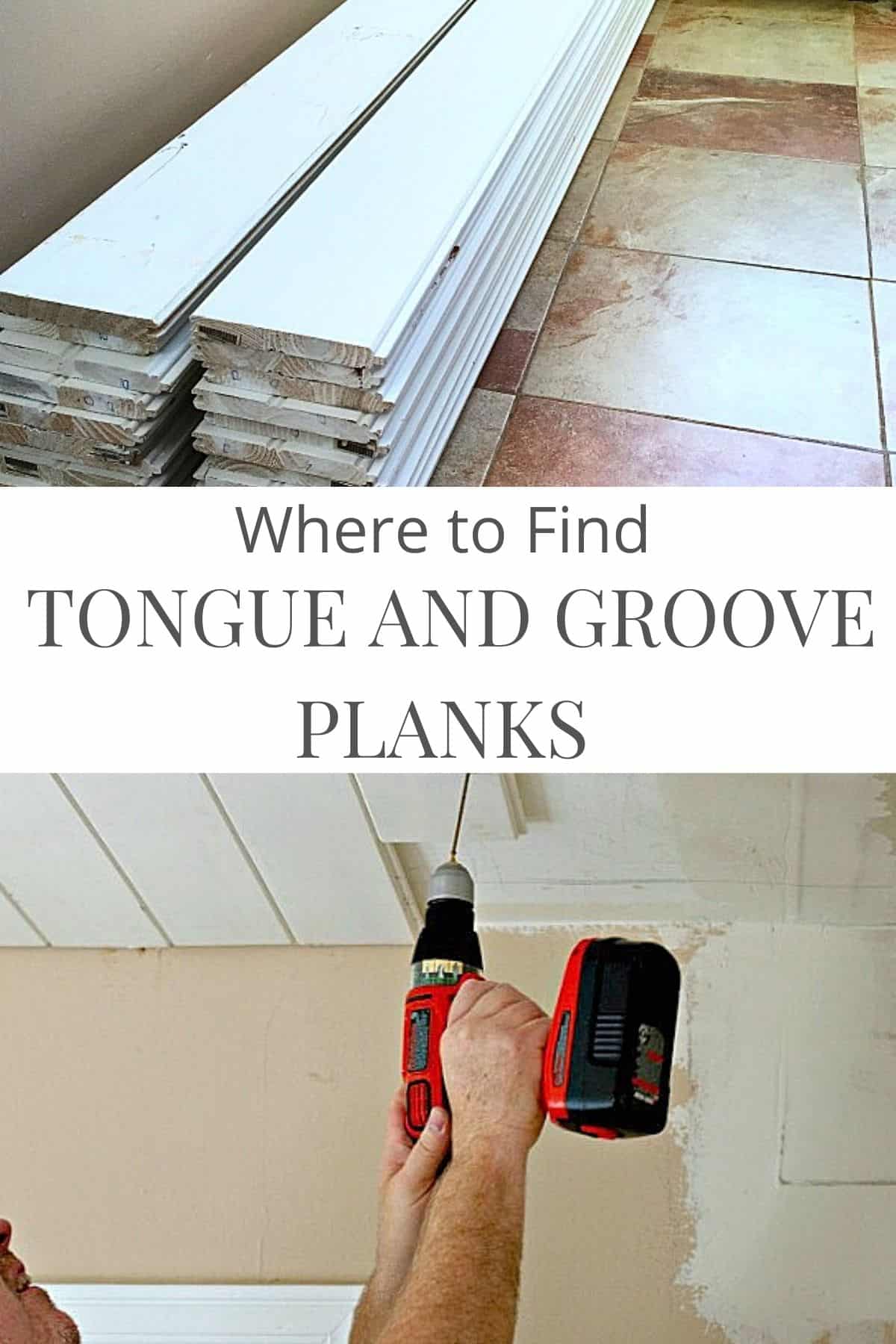 Where to find budget-friendly primed tongue and groove ceiling planks for a kitchen ceiling.

Since we did the installation of the tongue and groove ceiling when we did our kitchen remodel, and the ceiling in our cargo trailer conversion, I have been getting so many comments and emails asking about the source for the ceiling planks.

Today I thought I would update the post a bit and share the info on where we were able to find tongue and groove boards.

Deciding on a ceiling treatment

Before we started working on the ceiling, I did a lot of research, as per usual for me, on what would be best to use for the kitchen ceiling.

The biggest takeaway I got from all that research was to use primed tongue and groove planks and I'm so glad that we followed that advice.

Not only did it save our necks and backs, but it also saved us a ton of time.

Where to find primed tongue and groove

Getting info online proved to be the easy part.

Actually finding the wood planks in a store was almost impossible.

We went to every store in our area that sold lumber until we found them in our local Home Depot and Lowes.

They had primed tongue and groove pine planks in 8 and 12-foot lengths...exactly what we were hoping to find.

I've gotten a lot of comments and emails about this so I will say that it is, in fact, the same board.

It simply has two sides (I talked more about it in our tongue and groove plank ceiling post).

We went with the plain side for our ceiling because it was the look I was going for.

I've often heard people saying that the tongue and groove wood planks that they have been able to find have been very expensive.

I thought the ones that we got were very reasonable.

All of our planks and supplies for this kitchen remodel project were bought at The Home Depot.

The installation wasn't terrible but painting it was literally a pain in the neck.

We kept saying that we were so happy that we spent the extra money on the primed planks the whole time we painted.

The primed planks were well worth the few extra dollars.

I did find a few spots where a small amount of sap seeped through.

To cover them up I just added an extra coat of paint over it and it looked fine. It may seep through again but, honestly, you can't tell.

I would stand there and practically stand on my head to look at spots on the ceiling at different angles and in certain light but a normal person walking in there probably wouldn't notice.

The mister didn't, but I could shave my eyebrows off and he probably wouldn't notice.

Seriously, the sap spots weren't a deal-breaker for me. I just wanted to let you know that it could happen.

The ceiling turned out so much better than we thought.

I would love to do another one in our new house in North Carolina....fingers crossed.

I hope that this little bit of info helps you out. Let me know if you're able to find any pre-primed tongue and groove planks in your area. I'd love to pass the info on.

UPDATE 2/2022 - I still get a ton of emails and questions about the tongue and groove planks that we used. I just wanted to update you and let you know that these planks are still available in our local Lowes Home Improvement stores. We are actually getting ready to use them again and our local stores had plenty of inventory. I hope you find this useful.

A SECOND UPDATE  5/2018 - We just completed another tongue and groove plank ceiling in our RV, or our cargo trailer conversion, with the same material. We used the other side of the plank this time if you want to check it out.